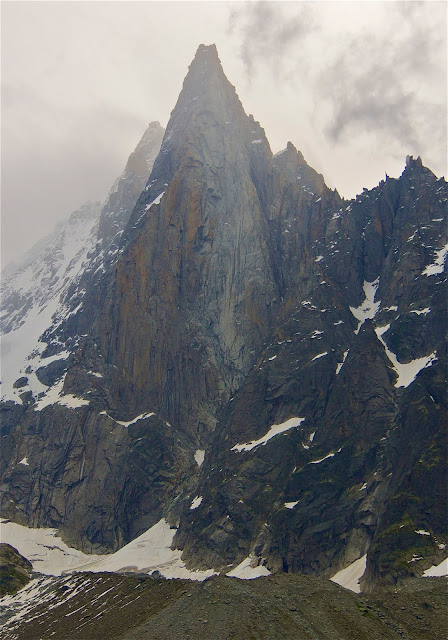 Ah Chamonix.... this place more than any other is the global crucible of Alpine Justice.  People have climbed in the mountains here for centuries.  Initially, it was for the glory of the local despot, eventually people realized it would be popular for ze laydees, but mostly the naissance of Alpinism came about because a farmer needed to cross an icy slope to rescue his forlorn sheep. Here is some of the equipment the cleverest farmers used 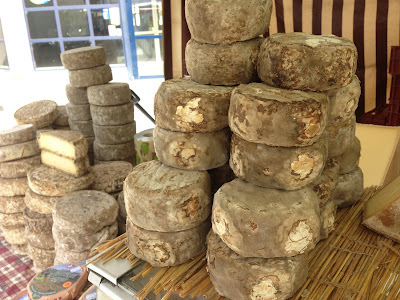 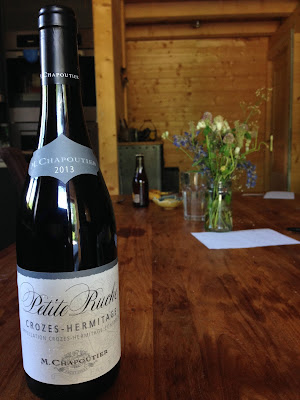 I've come here for the Arc'teryx Alpine Academy, a long weekend buffet of mountain skills clinics, presentations and fun.  It's been a pleasure to instruct some of these clinics with other sportspersons and some of Chamonix's finest guides. 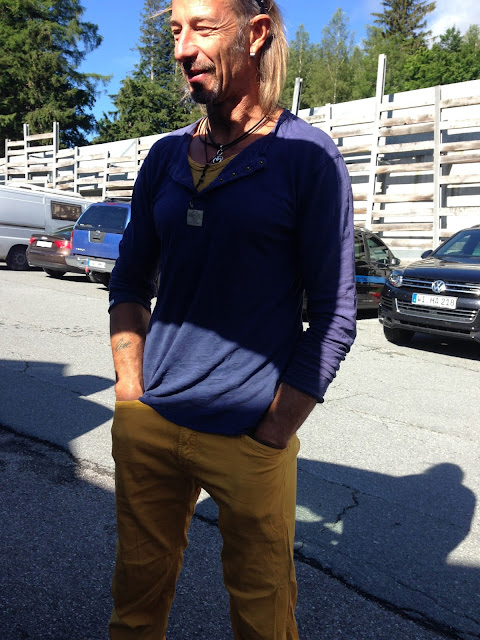 This guy is a Swiss Rockstar, his name is Pesche and I really like him.  He claims to be in the Encore phase of his climbing career, that's a modest way of telling me he still warms up on my projects.  The tattoo on his arm says it all.  A real prince of a man. 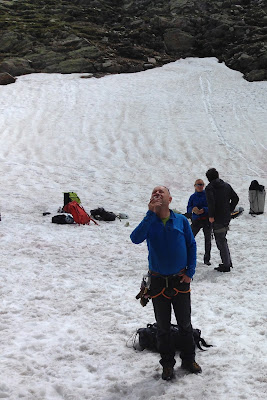 Working with French Guides is fun!  If you can't enjoy a Gauloise and a helmet-free day of guiding you're not in France. 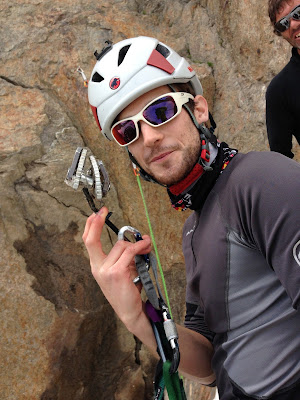 This chap had a bit of a moment! 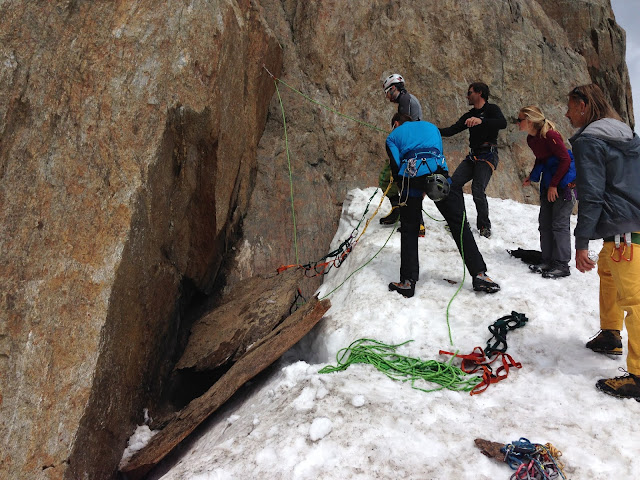 His cam pried out no less than a metric tonne of the Brevent's finest stone. 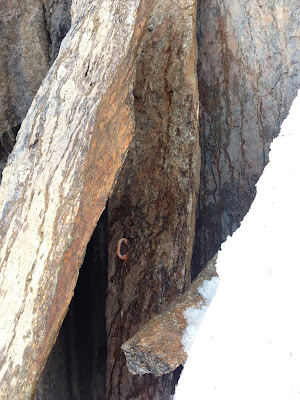 Fortunately there was a bolt in the rock.....! 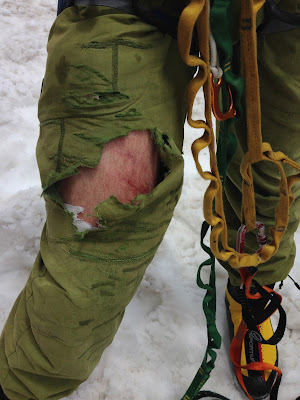 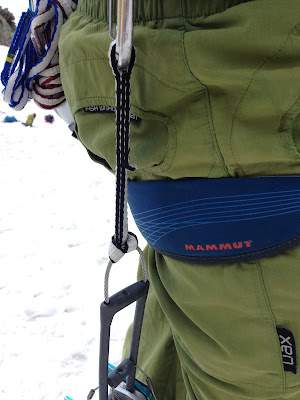 In France safety is paramount 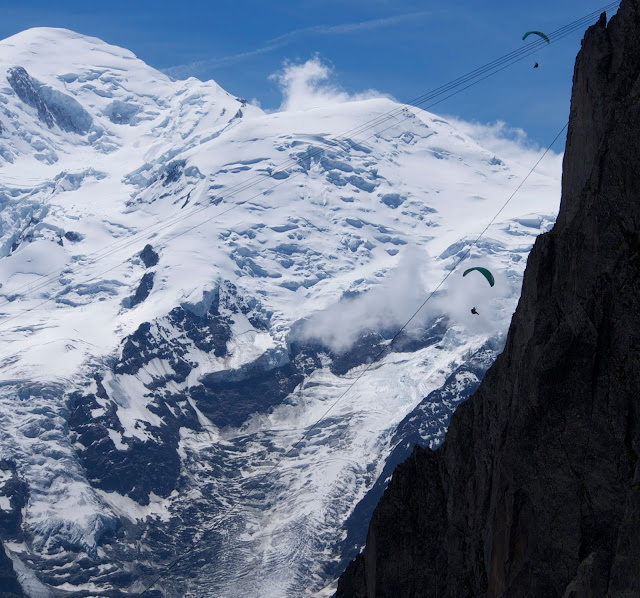 Surprisingly, less than a half hour after I took this photo, one of these guys broke his leg trying to jib the guardrail at the Brevent lookout platform. 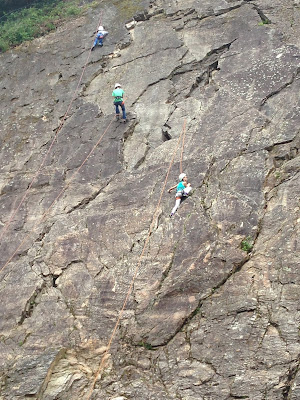 In general, France's laid back attitude towards risk is healthy, even these young children are encouraged to climb.  It's as normal a trip to the Boulangerie. 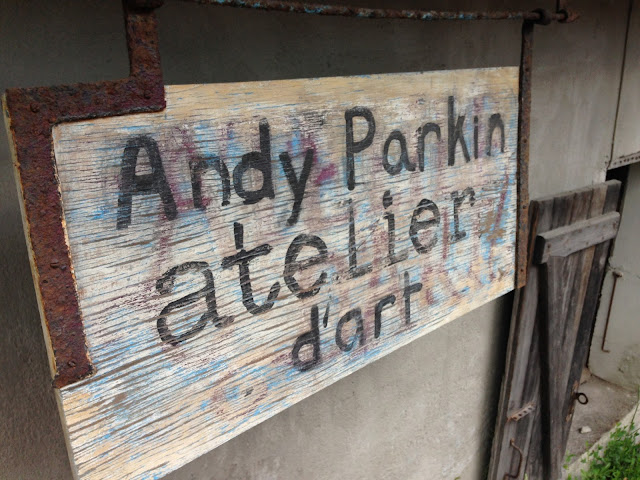 I took a break from the festivities to visit one of my great inspirations in Art and in climbing: Andy Parkin.  If you haven't heard of him I think he prefers is that way but that's just part of why he's a maestro. 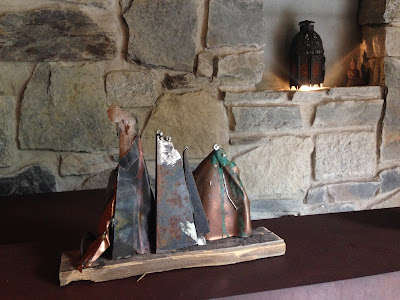 I gifted this sculpture to Andy and though he was only moderately moved, he graciously showed me around his incredible Gallery. 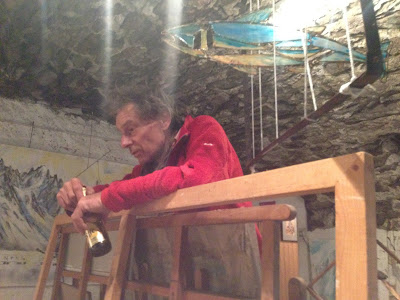 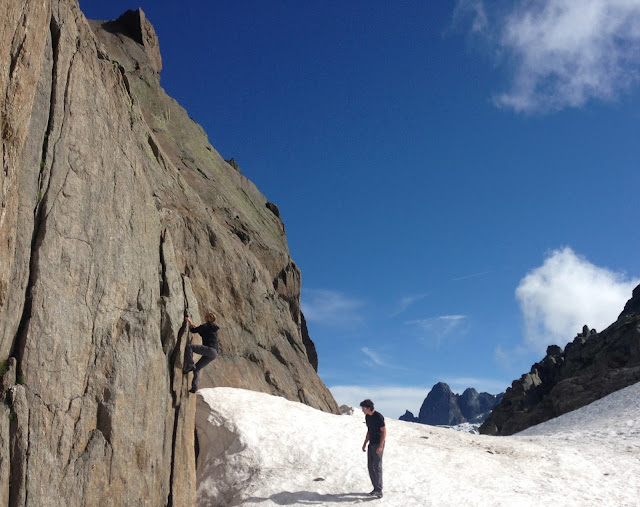 Back to work with Marc-Andre and Brette; neither of these guys really needs a spotter 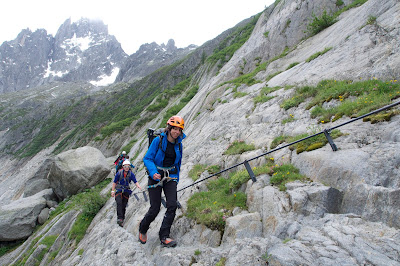 One day, the Academy took us to the Mer de Glace  the fixed iron rungs and ladders on the approach were very civilized. 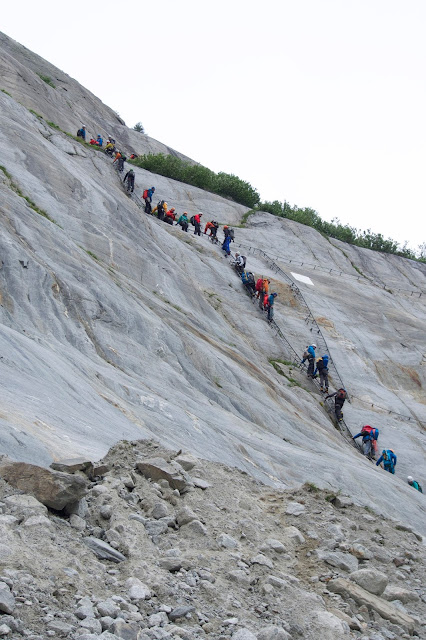 I was so moved by the civility of it all that halfway down the ladders I pulled off my rucksack to grab my camera and snap a shot of the action.  As I did this, my ice axe loosened itself and clinked down the next step whizzing within a bees dick of no less than 30 people.  What a douche move I thought, but as I made my way down the offending échelle no one seemed to have noticed.  I collected my tool in the moraine below, bowed my head in shame and trotted over to the glacier to join the masses.