Rollin to the Rockies

After a protracted stint of the work I jumped into a car named Guillone, with Jason Ammerlaan and Tony McLane. Destination: Cowboy country.  First stop Jasper, Alberta to check out the fabled quartzite walls of the Tonquin. 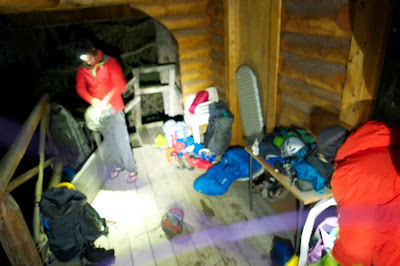 Bivi at the stables 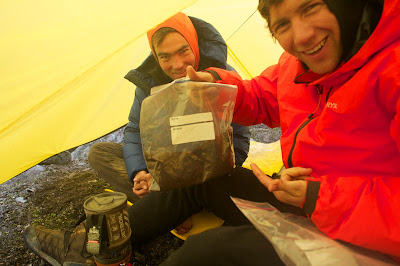 Bivi in the rain/snow after walking 25km

The 25km hike was nice enough with small bouts of snow but we made it to the base of the Ramparts with daylight to spare. 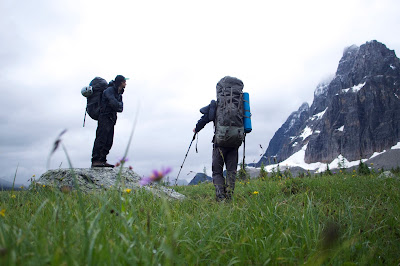 It was as though the mountains were trying to tell us something;  rain all night and snow to 2300m. We turned around and hiked back out 25 more km to the comfort of Guillone. 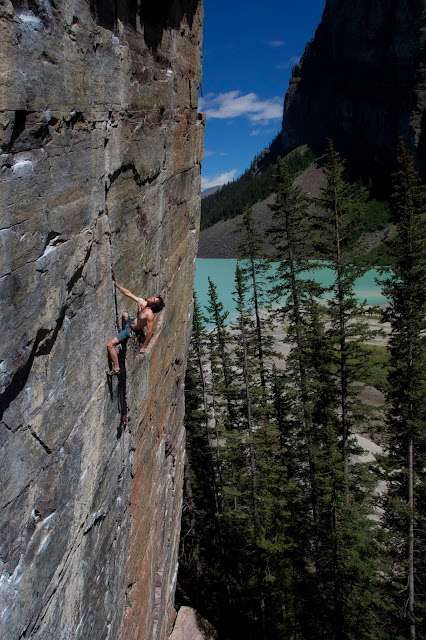 We drove down the road to the promised land of Lake Louise where sun and solid rock befriended us once again. 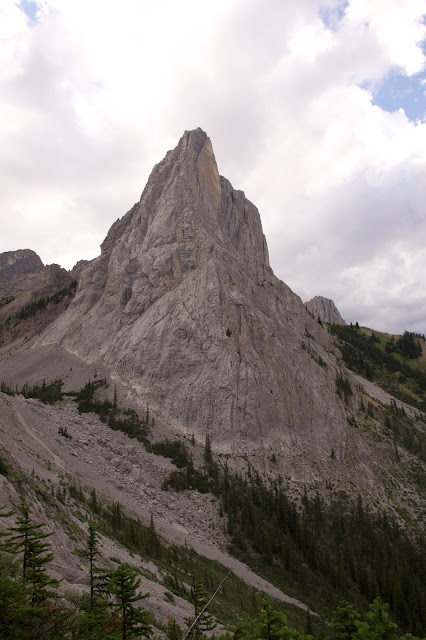 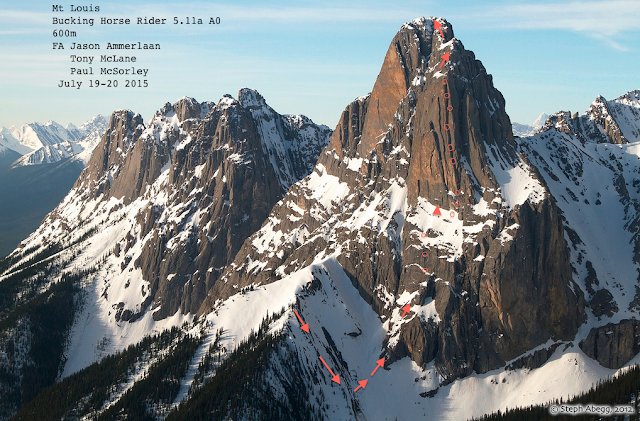 We chose a route on the north side of the bohemoth, inspired by this very photo.  The itinerary was clear... 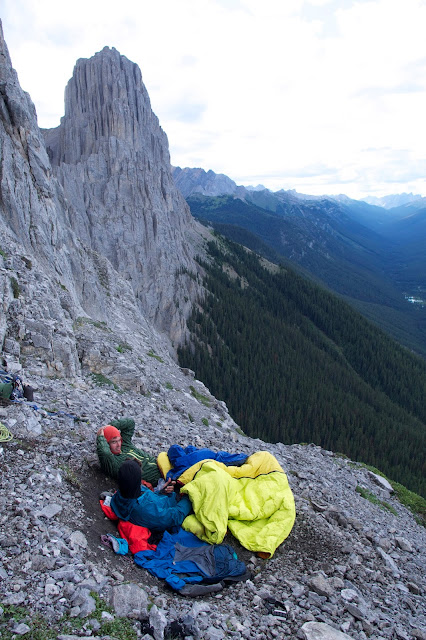 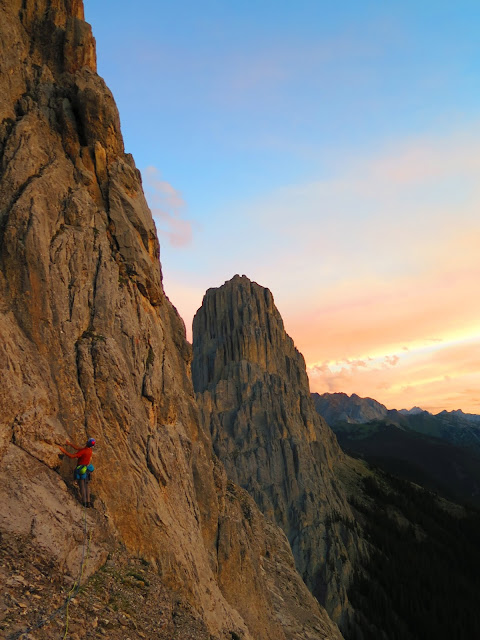 After approaching at the crack of noon and making a nice bivi overlooking 40 mile creek, we got down to the business of getting amongst.

The stone was good overall and the climbing not extreme, with good protection almost throughout 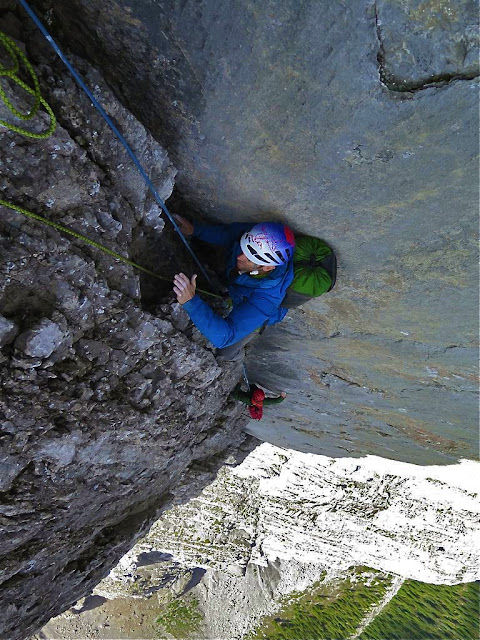 
As if to make us pay our dues, we got hammered by no less than three rain pulses, the first of which delivered lightning strikes within one Mississippi of our position and gave us all a reason to find religion. 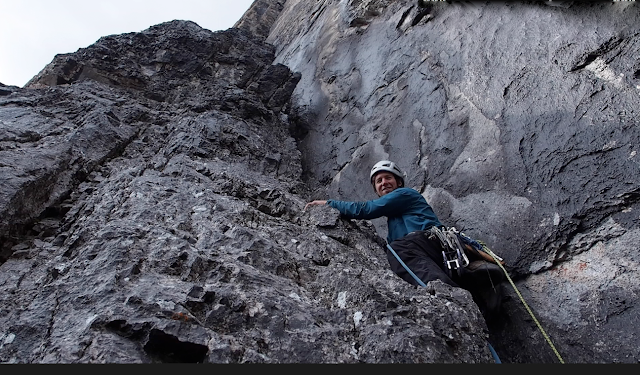 Jason starting up another beauty pitch just after the first rains. 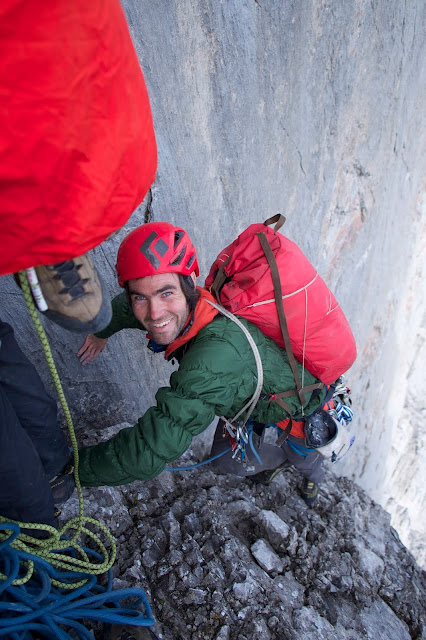 Tony, a man who does not get too stressed about a little lightning 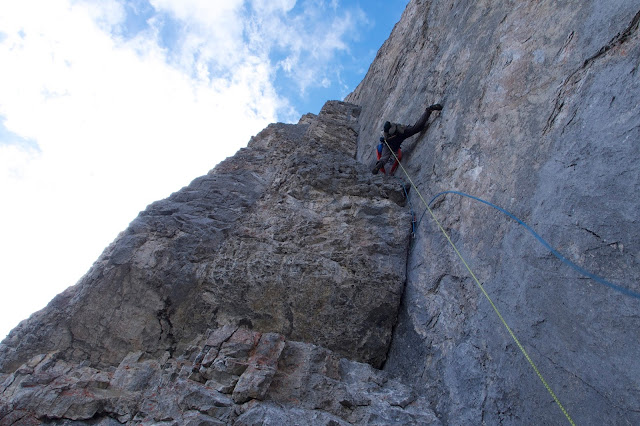 It was Tony's birthday so we promised him the crux...
He gave it a good effort but had to hang a couple times...solid 5.11.  I recon if he didn't bring the hammer, pitons, and the #4&#5 Camalot I told him would be essential, he could have sent. 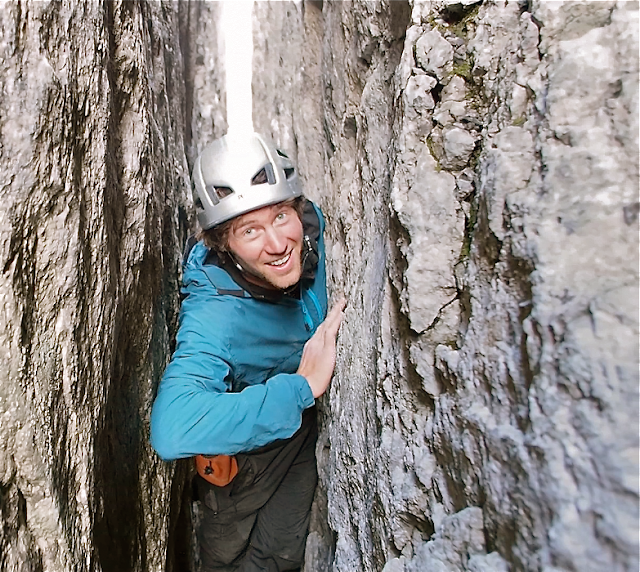 Our route finished by squeezing into the Medieval Alley feature from the north, thus joining the Tim Auger classic Homage to the Spider. 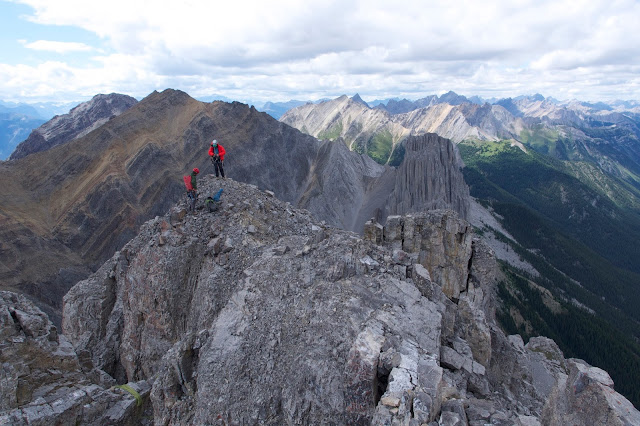 Topping out was a real joy.  The fact that we did not get fried like mosquitos in a Memphis zapper was really a bonus. 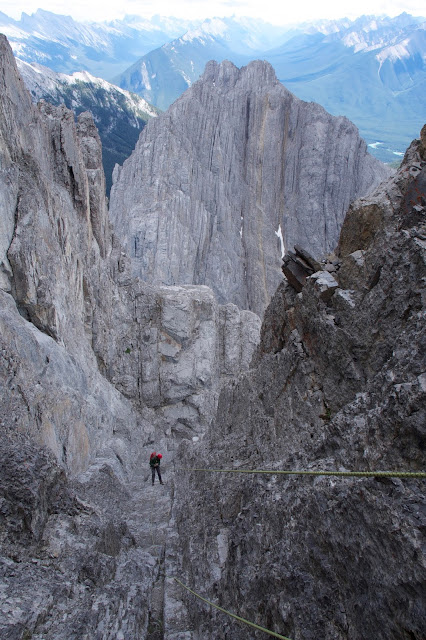 Descending was a joy as well, thanks to the hard working Rockies guides who equipped the egress for single rope raps. 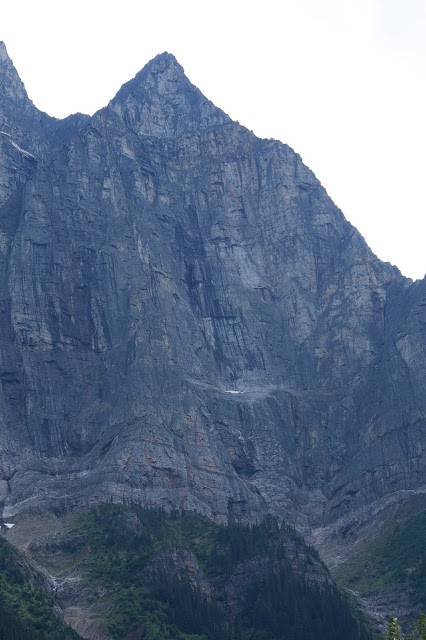 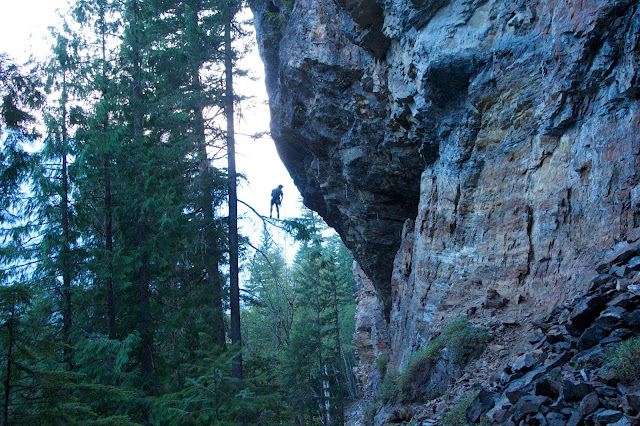 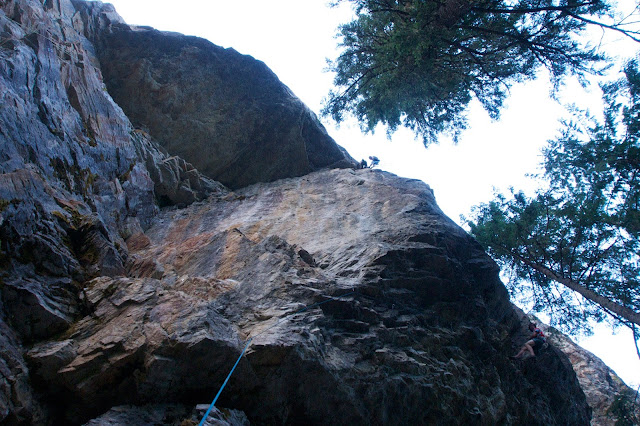 Steep and wild that's how they like it in Rev...

Thanks for a great trip lads!