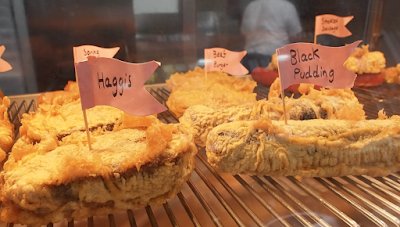 With a history rich in lore and a landscape that oozes charm, Scotland is hard to resist.  Owing to peer pressure from friends Jon Walsh and Ian Welsted I voyaged to this woebegone outlier of the British Isles to check out the winter climbing scene.  Not that I didn't believe their promise of fine mixed climbing, but I doubted how much value could really be squeezed from these hills, whose highest point is a piddly 1344 meters above the sea.  I mean, we have trail heads higher than that just up the road, right?  In the end, I was deeply humbled, not only from the stout climbing but by the predatory conditions that make climbing here unlike anywhere else on earth. 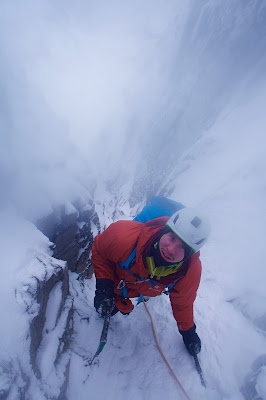 Along with Ian and Jon, the team was rounded out by Michelle Kadatz, Paul Bride and young gun Marc-Andre LeClerc. 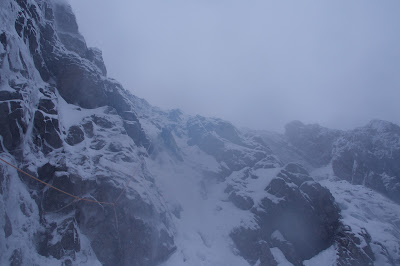 Our first outing was up the supposedly gentle Green Gully.  Locals assured us that conditions were modest, but hard lashings from spindrift had us feeling like a kilted, bearded man just handed us a hefty bag of frozen sand.  Marc, who is no slouch, took nearly two hours on this pitch which was first climbed in 1906 sans frontpoints. 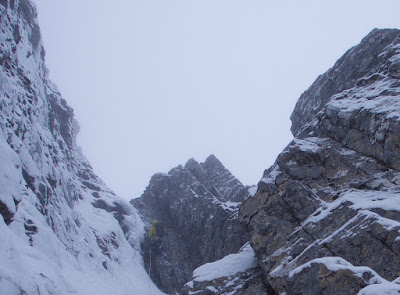 When you find yourself wailing in pitons and Egypting on WI 3 you just might be in Scotland... 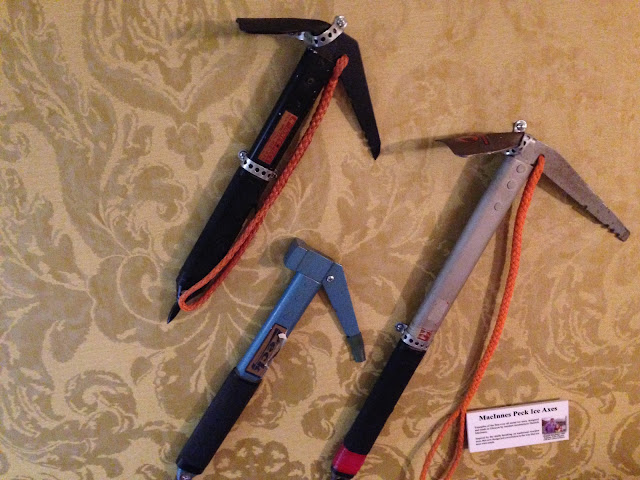 These tools were invented for the genre of Scottish winter climbing by the "Fox of Glencoe," Hamish MacInnes.  Wodden axes were prone to breaking, "Pecks" proved nearly indestructible and changed the game forever.  Thank you uncle Hamish! 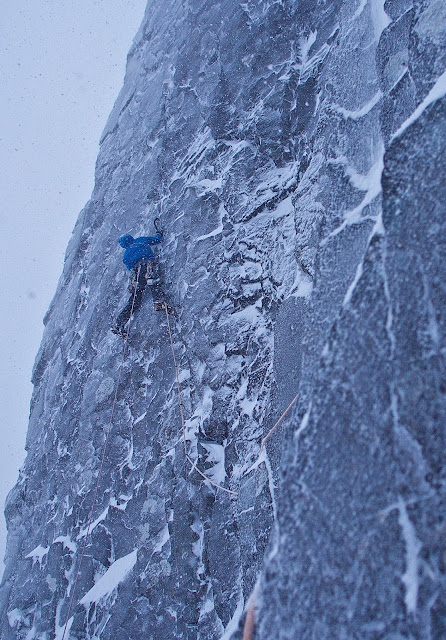 Sioux Wall, Ben Nevis, on a proper full conditions day.  We triggered one eye popping slab avalanche on our way out of the coire. 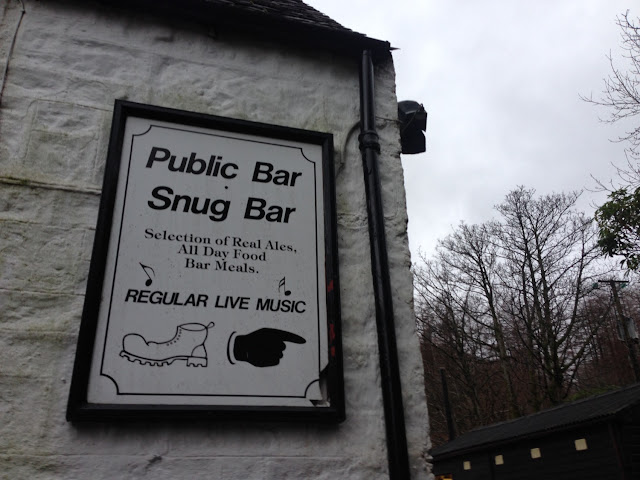 Thankfully, there was a place we could find solace at the end of a hard day in the hills. 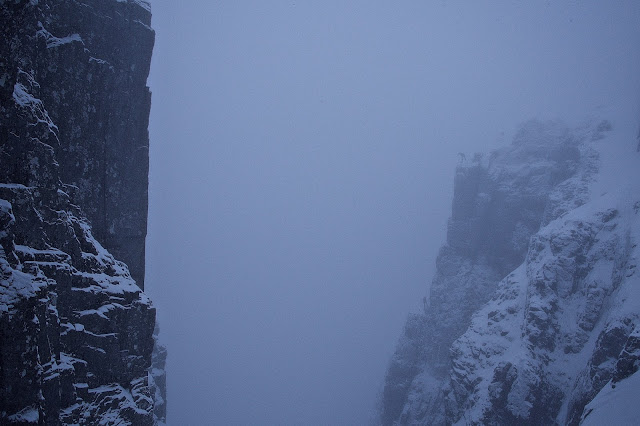 Of course the Snug Bar could only deliver at night,  so we ran back to the highlands where snugness is guaranteed all day long.  Here, Jon and Michelle feel the atmosphere on the aptly named Babylon. 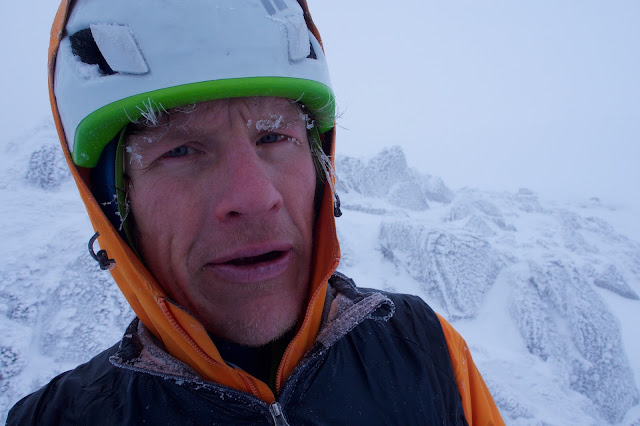 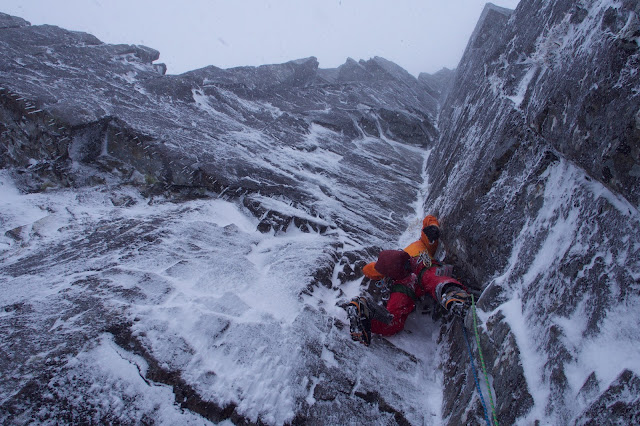 The Unicorn at Stob Coire Nan Lochan -  after two pitches we bailed off this elusive beauty, soaked and frozen. 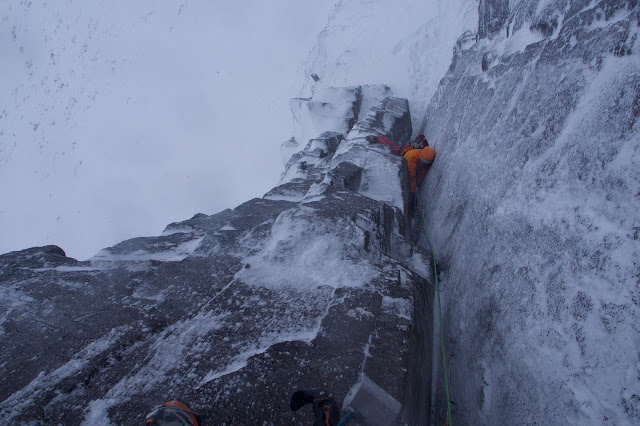 Pitch one of the Unicorn, I took a fifteen foot, inverted whipper out of this insecure slot, there was a fair bit of cursing but after a break I got back on on and sent through the business. 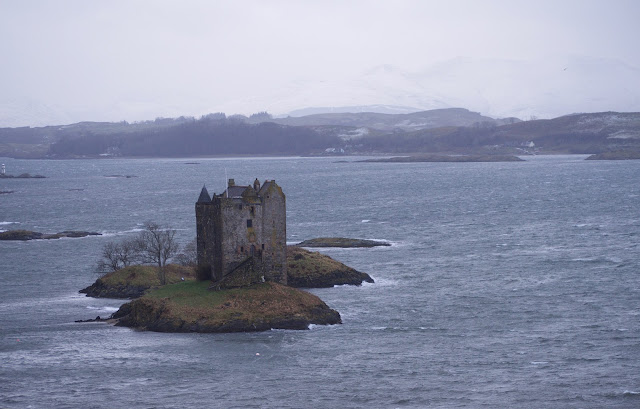 Rest days came easily on this trip.  Castle Stalker was once traded for a small boat during a dark night of eating boiled potatoes and heavy drinking. 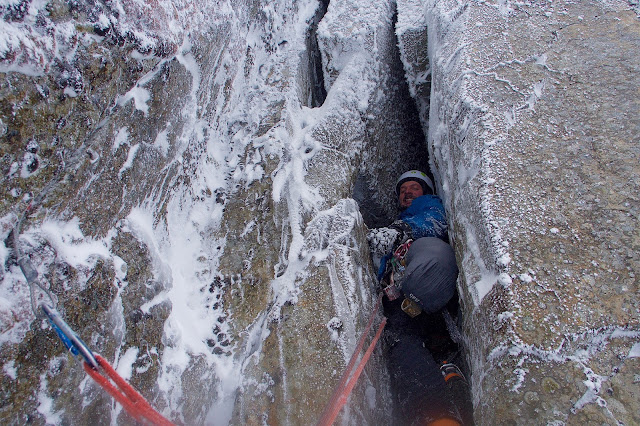 Back in Nevis Town: Seasonal local, Ben Silvestre on the "birth canal" finish to Arc Angel 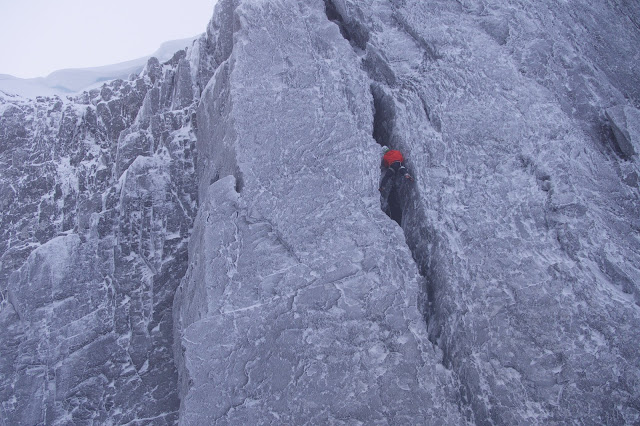 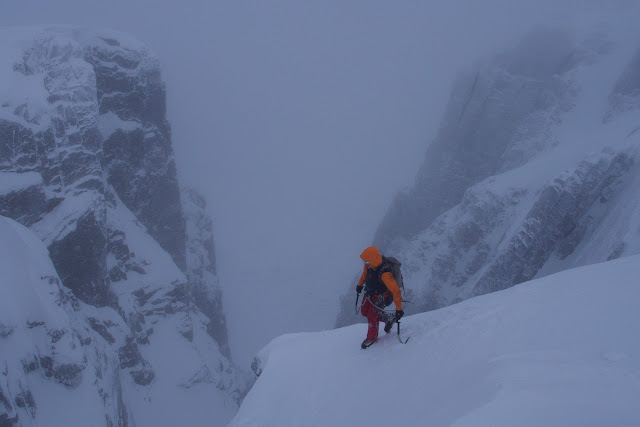 No joke, the conditions we experienced during two weeks in the highlands were as fierce as any I have seen in my 9 trips to Patagonia.

Thanks team for a grrrreat mission! 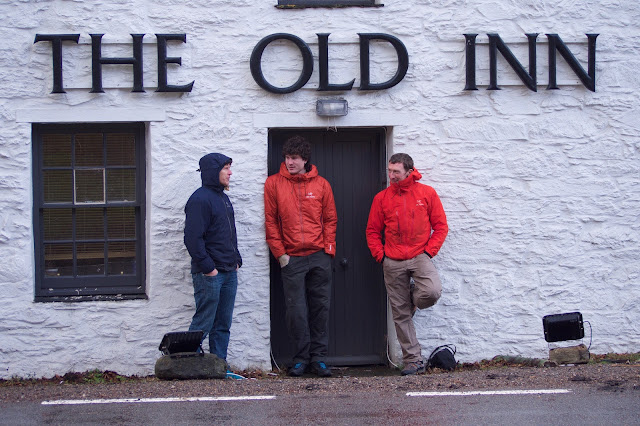