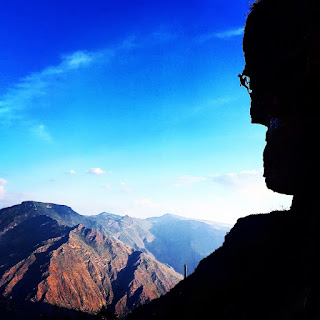 Telling a good story is hard to do.  So often, humans get "inventive" and find a story where there isn't one.  Digestible, compelling, dramatic, the more bullshit the better...  In my raft guiding days, stories were important; good stories got you good tips and a Welshman by the name of Dirty Tim was our resident master tale slinger.  The more tall tales Tim slung, the more money he made while the rest of us guides kicked dirt beside the river and watched the procession of guests slap another finski into Dirty Tim's dirty palm.  Anyway, I don't love the modern media approach to storytelling and the fact that if you want to share your experiences with people, you need a "story."  In the timeless words of Homer Simpson "It's just a bunch of stuff that happened."  So here is some of the stuff that happened this spring. 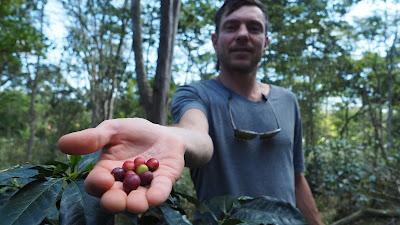 Colombia:  Coffee anyone?  Locals brew coffee more like tea and imbibe this Tinto all day long. 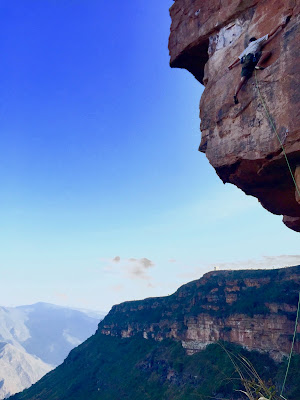 Climbing on the Mesa de los Santos.  Thanks to Netflix, we expected a stressful Cartel style experience but the vibe could not have been more tranquillo. 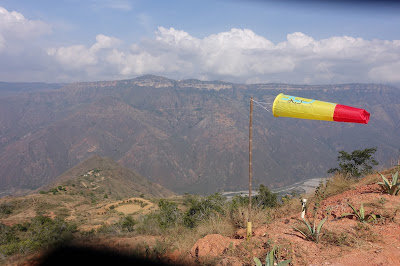 We went to the opposite side of the Mesa and flew into Canyon de Chicamocha, the Earth's second largest Canyon. 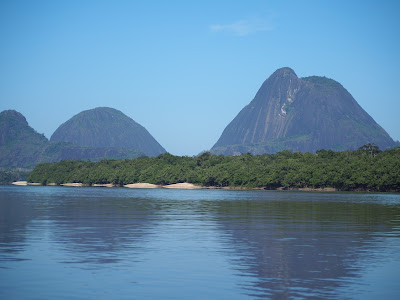 Next up, the mysterious Mavecure Hills.  Cosmique, barely begins to describe this place. 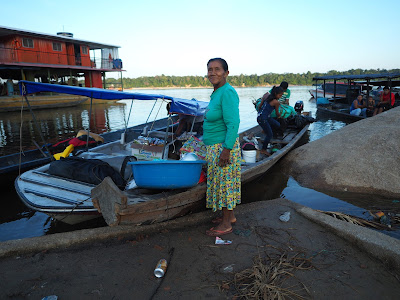 You could really feel the Buena Onda from the hill people. 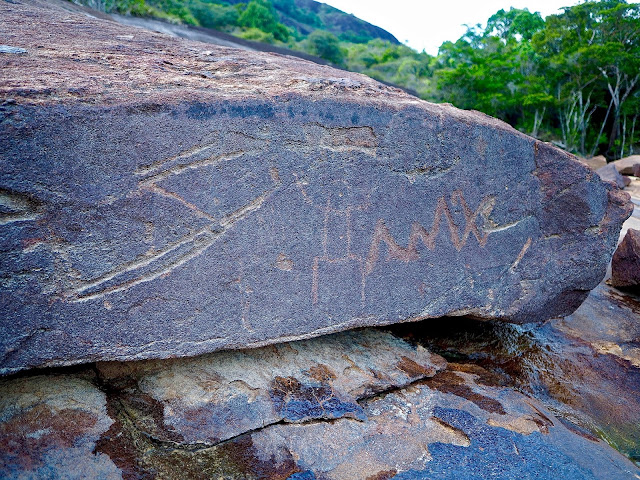 Petroglyphs are my favorite!!! 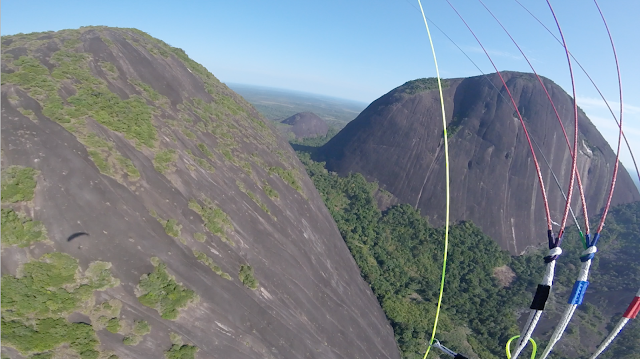 Flying from mythical domes is a close second... 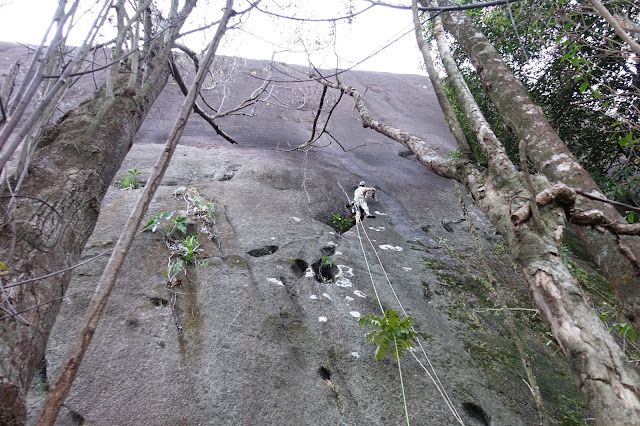 Climbing onto giant a waffle iron from the jungle ranks third. 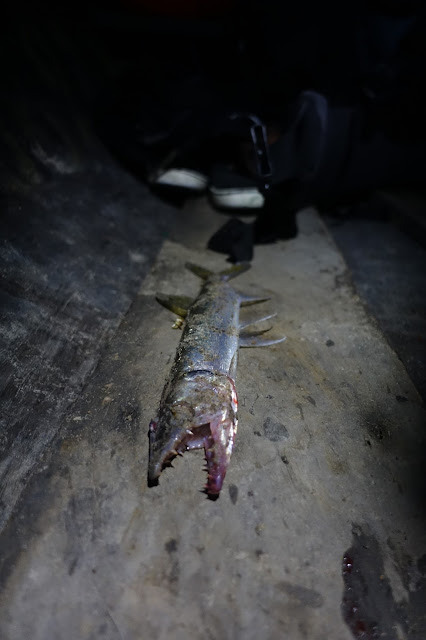 I've never loved fishing, but I love to eat the fish.  This Barracuda-type thing, literally jumped into our canoe and to defend myself (?!) I delivered a fatal blow with my paddle.  Sorry buddy... I never got to taste this little guy, he was in the soup and down the hatch before we got home.  Fishing, is likely how story telling began. 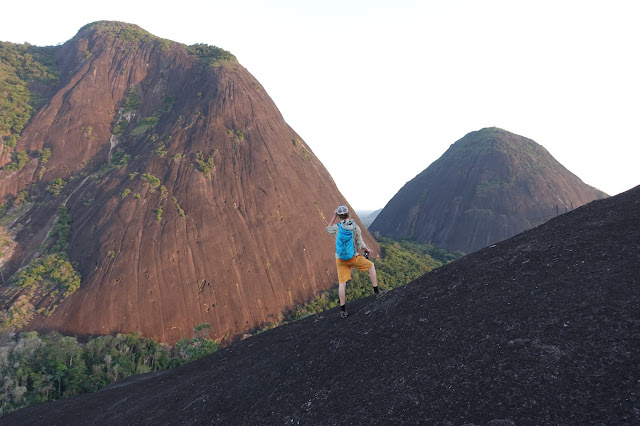 Or was it from mountain climbing? 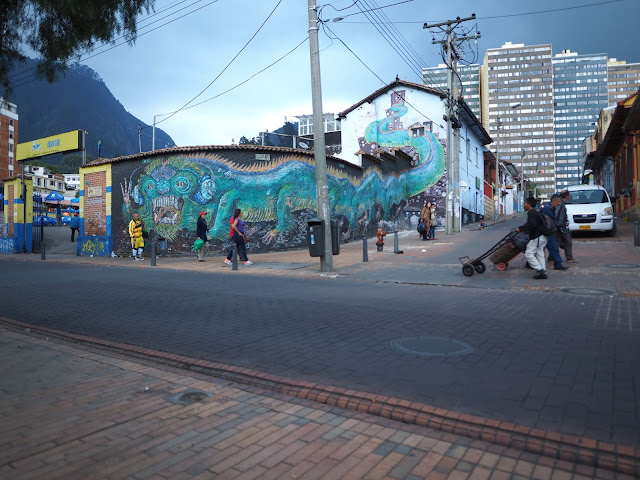 Colombia is quite a place:  Bogota street art is next level! 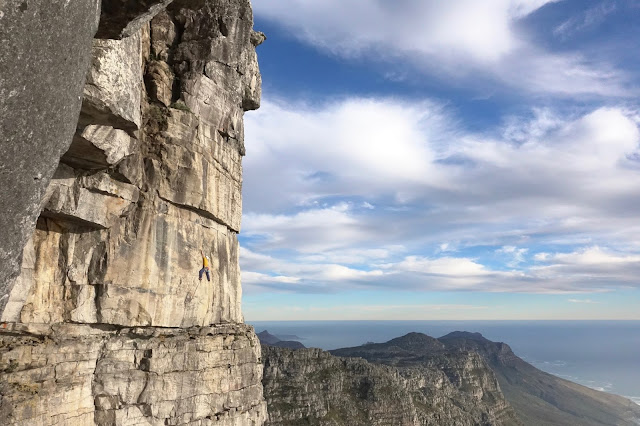 After Colombia was South Africa.  This photo tells the whole story. 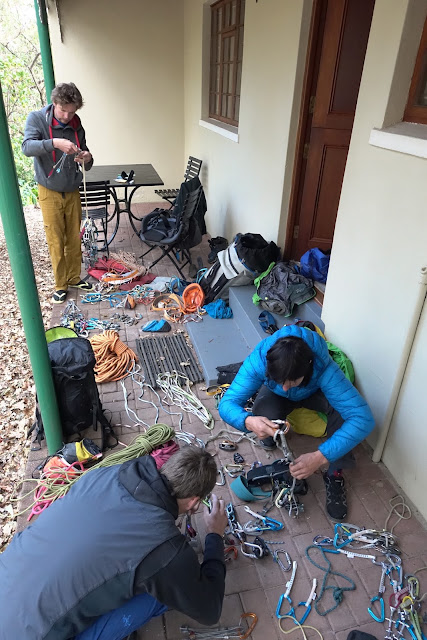 Climbing with my European friends was not like being on a holiday, rest day activities included: packing for the next mish, ferrying a load to the base of the wall or more commonly, climbing. 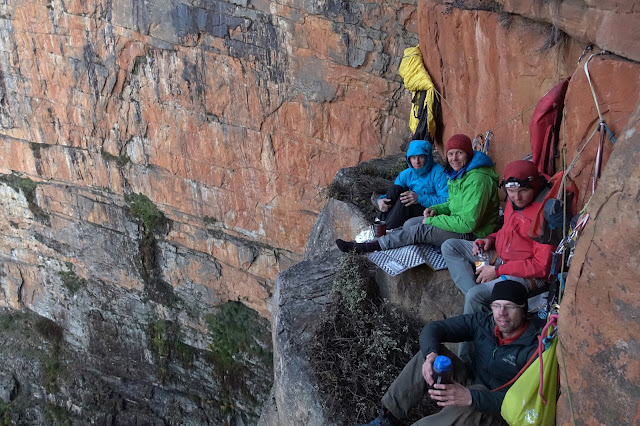 The crew halfway up the wall at a commodious bivi 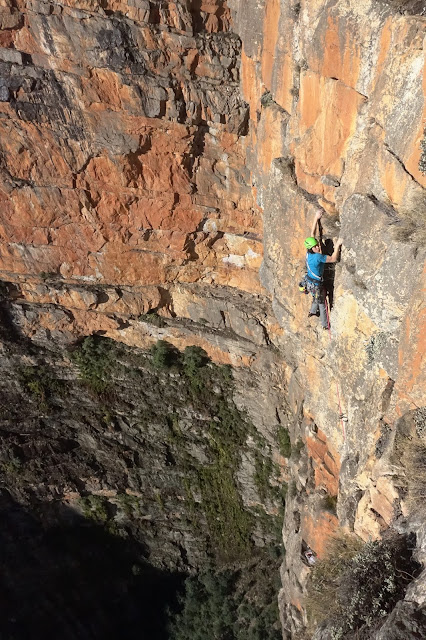 We opened a new route on a big cliff made of Quartzite, the stone of Kings. 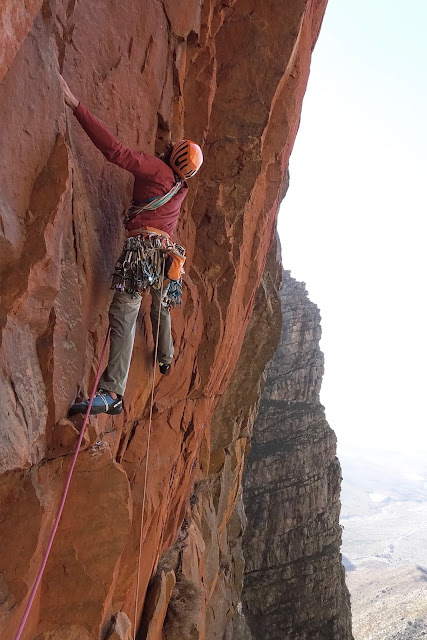 Rock quality, check!  After sending this pitch, Seppi yelled down:  "Paul, I feel naa-sing"  Slighlty confused, I though my friend had morphed into the achetypal German nihilist.  What he really was trying to convey was that he got threshold pumped. 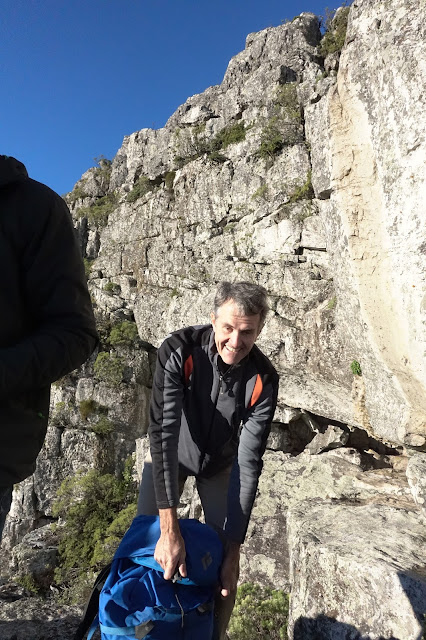 This is Hilton Davies, he's the nicest man in Capetown, a South African climbing pioneer with more psyche than I had at 18, and more good stories than most will accrue in a lifetime. 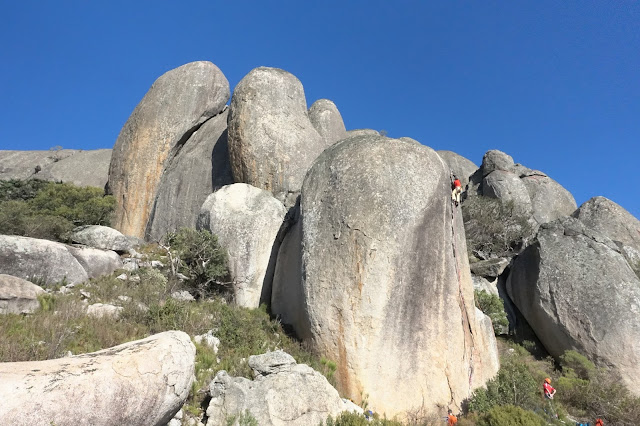 Most of this country is made of Quartzite but at Paarl Rocks it's pure Granite. 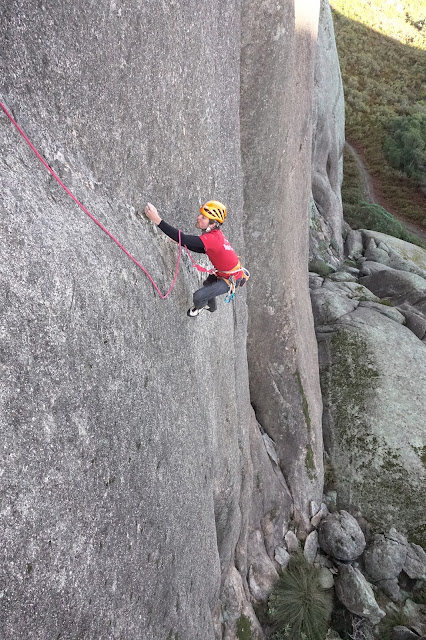 This zone has never been in vogue compared to say, Rocklands, but no instagram = no worries, you'll have this enchanted place to yourself.   As you enjoy the incredible freeclimbing here, remember, Nelson Mandela served several years of his 27 year prison term in the nearby village, just for being a brother.  Slightly tougher than the Dawn Wall I imagine. 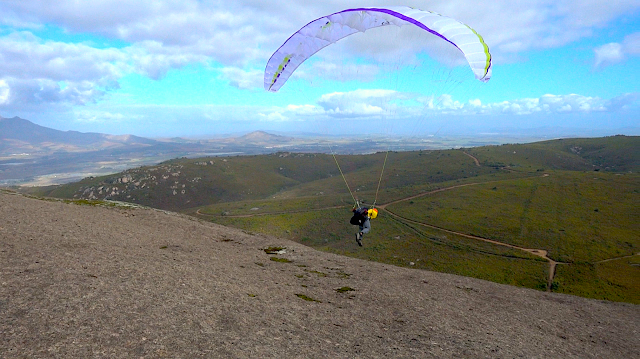 Never miss a chance to fly from a granite dome...Thank you Mama Africa!